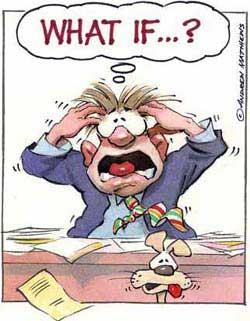 Can anyone of you by worrying add a single hour to your life?

If hours were to be added to my life by the amount of worrying I have done in it, I’d probably be around to blow out 100 candles.

Jesus asked this question and it is as valid a question as centuries ago when He asked it.  The question’s answer is still the same though:  NO!

I can count the number of my problems my worrying has solved:  ZERO!  Yet I confess to being guilty of praying about some matter and no sooner have I finished my prayer that I turn into a worry wart over that matter.

I wonder if there are those who can truly claim to have never been a worry wart.  I’d be skeptical if someone told me they didn’t worry about a thing.  Really?  Someone wearing a smile as often as I wear my eyeglasses?  I’m skeptical of such but if someone has managed to get through the business of living without wasting time worrying, good for them.

I take some comfort in knowing I’m not the only worry wart. Its a common problem. Worry is job security for doctors who treat anxiety disorders. Seriously, you can find characters in the Bible who struggled with worry. Just the fact that Jesus asked this question indicates worry was a problem back then as well as it is now.

The disciples, for instance, struggled with faith even though they had Jesus right there with them. Such as when they were on a boat with Jesus when a bad storm came up all of the sudden. Jesus was taking a nap but the disciples were wide awake. I don’t spend any time on boats myself but even I know that when there’s thunder, lightning, high winds, and downpouring rain, one of the last places one would want to be is on a boat. I can’t blame the disciples for their fright even though they had Jesus, the Son of God, on board.

Although they awakened Jesus and asked for His help, it seems they weren’t asking with much confidence at all. I say that because when Jesus told the storm to go away and like an obedient child it did, he asked his stunned disciples where was their faith. Did they really think He was going to let them drown or that He himself would be doomed to drown with them? The disciples eyes were on the storm. More often than I know, when trouble comes, my eyes are on the storm before they are where they belong — on Jesus. 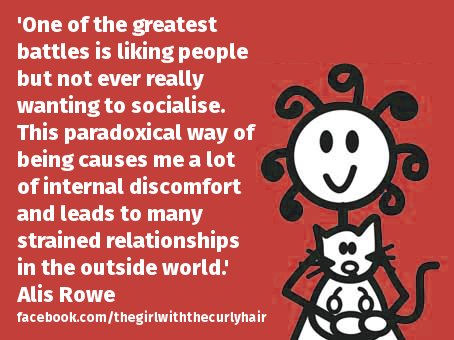 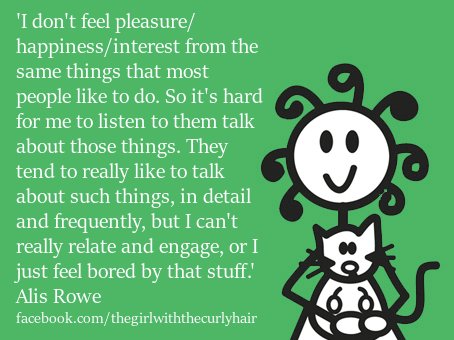 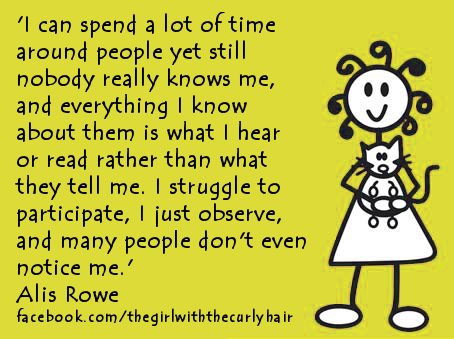 The girl with the curly hair and I have a lot in common.  I follow her postings because they provide me comfort.  So many of the challenges she has are mine too.  The posters above are three of them.  It is a mystery to me as to how much I enjoy corresponding with someone but have no desire to socialize with that someone.

My closet cousin in age and one I grew up with recently dropped in for a good part of the day.  We see each other once or twice a year even though we live less than three hours apart.  We luv each other dearly even though we are poles apart in politics.  My Mom and brother were also there.  Most of the conversation was on topics I had zero interest in.  Nothing against him but I was bored stiff!
When I learned this wasn’t a pop-in but a long-haul visit waiting for his truck to come out of the repair shop, I retreated to my bedroom and got on my computer which is one of my strong interests.  Stronger than expresso coffee.  I would pop in and out when I could think of a topic I could bring into the room.  Such as I popped in with one of my electronic gadgets I had gotten myself for Christmas and did a show-and-tell for my cousin.  My pop-in visit was short since he wasn’t as impressed as the kids in the family.  I wasn’t surprised at his lack of enthusiasm since he’s one of the FEW people I know who does not even have a FACEBOOK or TWITTER account.  I figure I did good enough with my pop-ins.  It wasn’t like I deserted him.  I was thoughtful enough to turn  on the TV for him.

A visit from a cousin I love dearly should be something I would be so excited about.  I know it would be hard for him or other family members to understand.  I love my cousin but I don’t love socializing.  It’s just the way it is living on the Spectrum.  Here’s a quote I know all too twell:  Those who don’t have Autism can’t possibly understand it; those who do can’t possibly fully explain it. 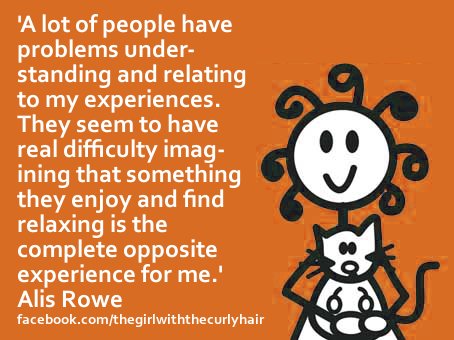